On 12 April 1980, Penny became the second comic to merge with Jinty. The first had been Lindy in 1975. Penny was the more successful of the two mergers because she had more regulars to bring over whereas Lindy had only serials. Lindy‘s resident cartoon, Penny Crayon, did not last long in the Jinty & Lindy merger. During her seven year run, Jinty went through only two mergers while her sister comic, Tammy, went through six in thirteen years.

Discussion of the final issue of Penny can be found here.

Penny‘s most lasting additions to Jinty were Tansy of Jubilee Street and Snoopa, who would make their presence felt in the Tammy & Jinty merger as well. Snoopa was the most enduring of all, perhaps because he was drawn by Joe Collins. This made him easy to incorporate into Edie and Miss T, the Joe Collins cartoon running in Tammy. The cartoon became The Crazyees, which would last until Princess (second series) merged with Tammy in 1984. 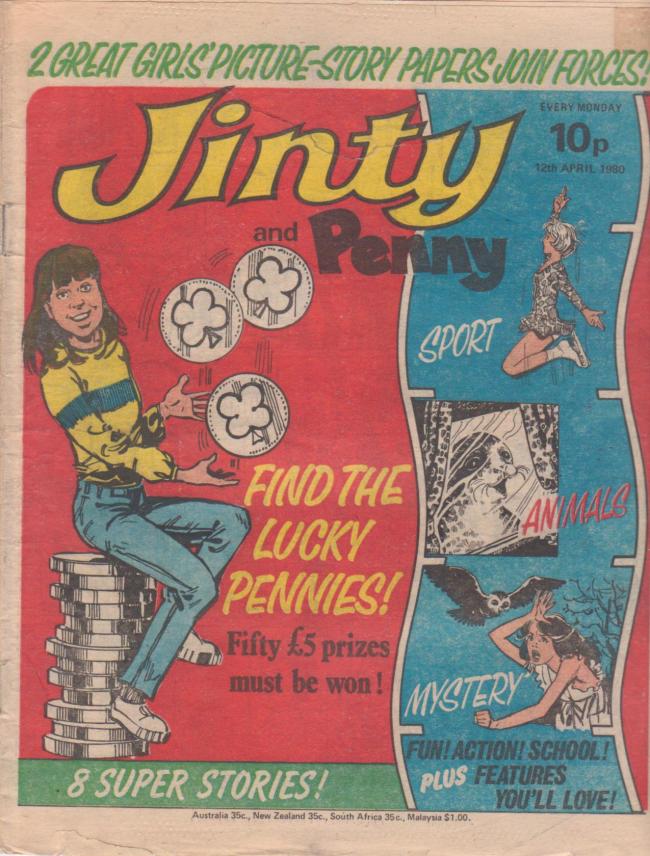