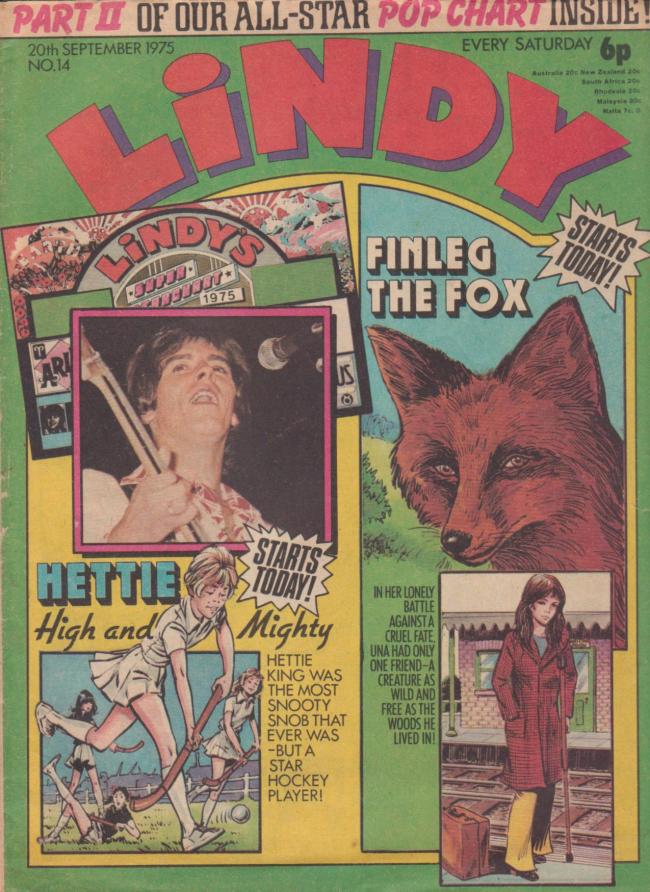 The merge came on 8 November 1975. This issue of Lindy is notable for the first episodes of “Hettie High and Mighty!” and “Finleg the Fox”, the two Lindy serials which would conclude in the merger. Unlike Penny in 1980, Lindy contributed little to Jinty because she lacked regulars to carry on after her serials concluded. Not even her resident cartoon, “Penny Crayon”, lasted long in the merger. But it is possible that  Lindy‘s scripts and writers had more influence on the merger because it featured several historic period stories such as “Bound for Botany Bay“. And Lindy seemed to have a stronger emphasis on such stories than Jinty, with serials like “Nina Nimble Fingers”, “Poor Law Polly” and “Hard Days for Hilda”. Lindy also brought artist Roy Newby to Jinty; he had illustrated period stories for Lindy and would do the same for the merger, including “Bound for Botany Bay”.