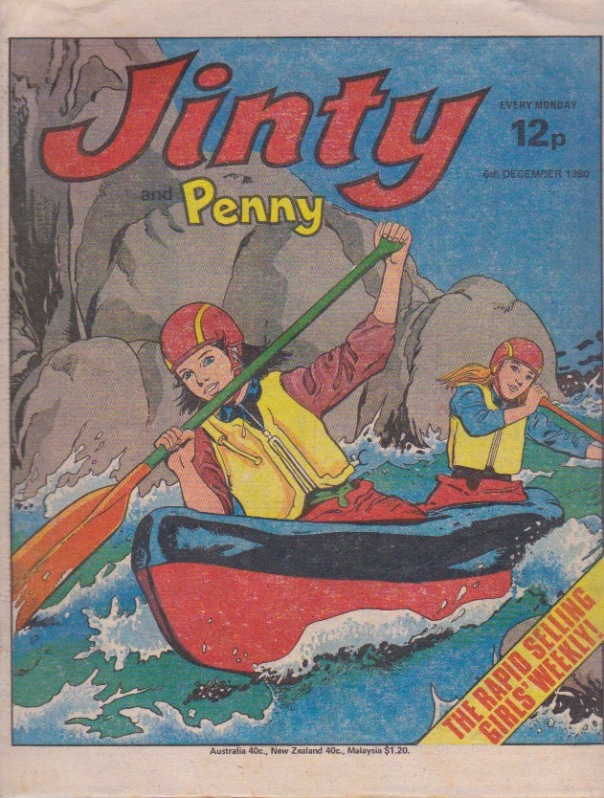 Pam of Pond Hill is trying to instil some Christmas spirit too, but it seems to be lost on everyone else. Pam gets permission to hold a Christmas party at school, which turns into one for the kids from the orphanage. But far from instilling the Christmas spirit Pam wanted, it has everyone quarrelling, and the blurb for next week warns us that more problems are ahead.

The Girl the World Forgot knows Christmas is coming, and the only present she wants is a ship to get her off the island she is marooned on. In the final panel, it looks like she is going to get one at last – but it is a Viking boat! What gives?

Thieves strike in “The Daily Dozen” and one of them even knocks Sue out. But as it is the cauldron they are stealing, we know the next episode can only “spell” trouble for them. Nadine does a whole new take on “roller disco”, with the aid of netball – again. Scheming Angela Angel-Face has wangled a trip to Meringaria, but she has not bargained on the company that comes with her – the very girls who know what she is really like. Tansy’s Dad tries pigeon-racing, and of course this causes mayhem for Tansy. Sir Roger loses his head – literally – because it is too windy. Next time he goes out, he wears full armour although there is hardly a breeze.