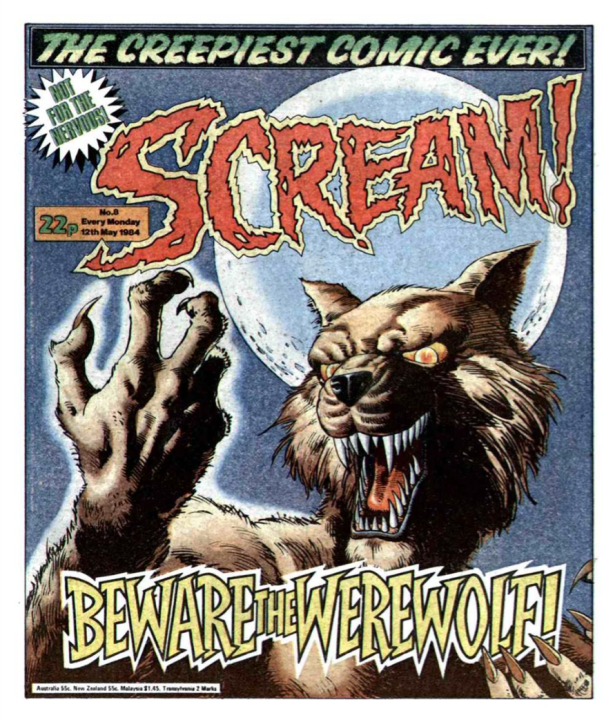 Dogs, wolves and werewolves are cropping up a lot in this issue, starting with the cover. Even our vampire in “The Dracula File” takes his wolf form. He rescues his servants, claims a couple more victims, and sets up shop in London. Meanwhile, Stakis is on his way to stop the vampire, but at the cost of defecting from the KGB, becoming a fugitive, and getting out of the Eastern bloc without paying the price of a Soviet gulag or something.

The Nightcomers arrive at Raven’s Meet. They are quick to realise that whatever is in there wants them dead. Simon Cutler, who definitely knows something about it, escaped by the skin of his teeth after the evil of Raven’s Meet possessed his dog and nearly killed him. At least the blurb for next week will tell us what the horror actually is.

A dog also attacks and frightens a man to death during a visit to King Tut’s tomb. The twist is the hieroglyphics on the door aren’t about a pharaoh’s curse – they say “Beware of the dog”.

In “The Thirteenth Floor” Max manages to squirm his way out of the cloud of suspicion. How very prudent of the policeman to tip him off about the error that aroused his suspicions, which enabled Max to cover it up quickly. Back to business, which Max resolves must be conducted with more care in future. The next victim at the Thirteenth Floor arrives in response to Max’s call about knocking down a girl’s dog and not stopping. He finds himself in the middle of a road filled with cars threatening to knock him down.

In “Tales from the Grave” we learn how the wheels of justice turned for “The Cabbie and the Hanging Judge”. There is a final twist that has the Leper laughing, but might have someone turning in his grave… 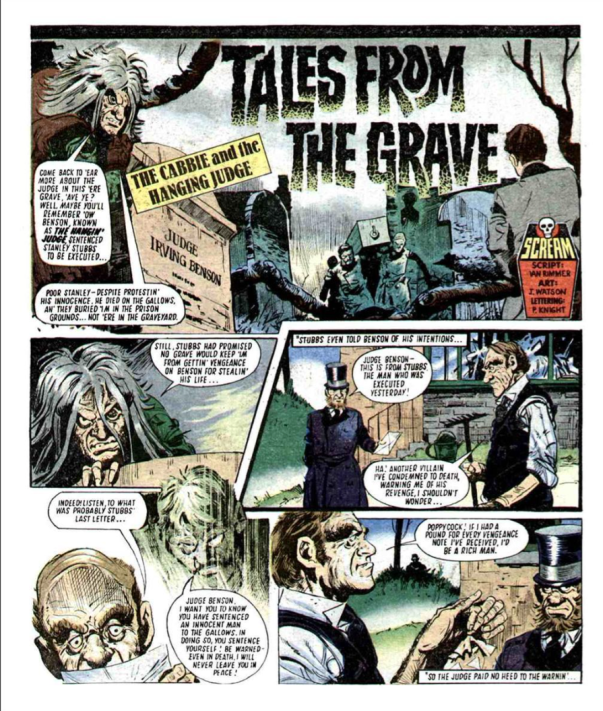 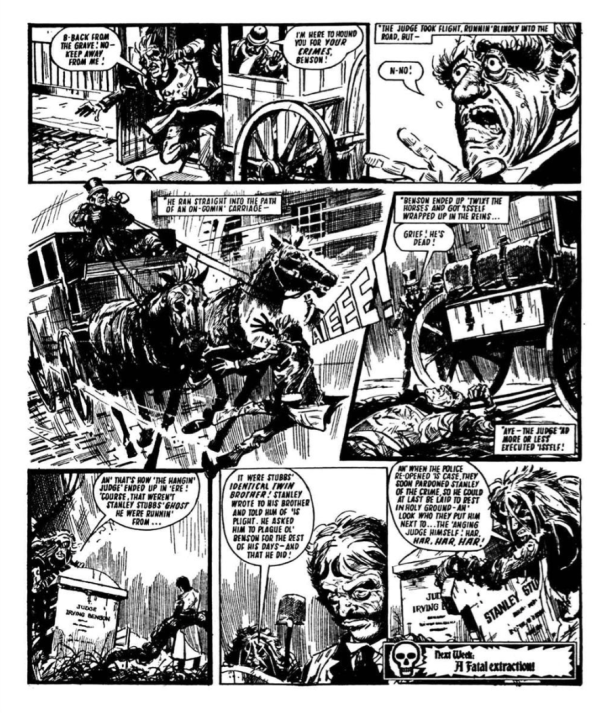 The Library of Death story is of the werewolf that appears on the cover. The hunter on his tail looks a bit like a fascist in the way he is dressed and is the werewolf’s own father.

In “Monster” the police hunt for Ken and Uncle Terry intensifies now they have a very good lead – a man who almost got killed by Uncle Terry and got a very terry-fying look at what looks like a monster. And they’re bringing in tracker dogs. Dogs again…