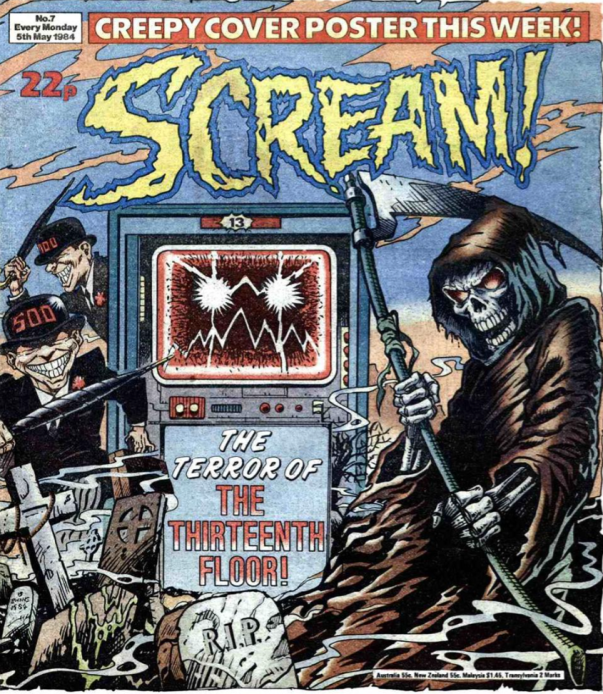 J.R. Ewing from Dallas is in the London Dungeon this week. Best place for him, eh?

The Dracula File has been pushed from its usual spot by new serial “The Nightcomers”. Rick and Beth Rogan take up the mantle of their deceased parents. Ostensibly stage magicians, they were also psychic investigators. Unfortunately they met their deaths in their latest case, a house called Raven’s Meet. The evil in that house was too strong for them and killed them. The junior Rogans take on the case in their parents’ name.

Another thing the Rogans need to investigate is Simon Cutler, who hired the parents to investigate Raven’s Meet. The parents suspect he knew more than he was telling. Sure enough, Cutler is telling the evil forces that he gave them the Rogans. But all he’s getting in return is a spectral dog on his tail.

Another man dies in the lift after visiting Max’s “The Thirteenth Floor”. That’s one too many and the authorities are getting suspicious of Max. Moreover, Max made a mistake in his faked footage of the Fogerty criminals shooting each other to death (in fact they are shooting at computer-induced terrors on the Thirteenth Floor), and the police have found it. Is someone about to pull the plug on Max and his Thirteenth Floor?

In The Library of Death Fred Fresco hates being Punch and Judy man. Yet he kills his manager for closing his Punch and Judy pitch. Anyway, as Fred soon finds out, Punch and Judy don’t relish sharing their basket with a murdered corpse. The rest is…well, talk about judge, jury and executioner.

Speaking of which, the new Tales from the Grave story (below) is about justice for an innocent man who suffered injustice at the hands of one of those notorious hanging judges of the 19th century (throwbacks of which you can still sometimes encounter today, unfortunately). 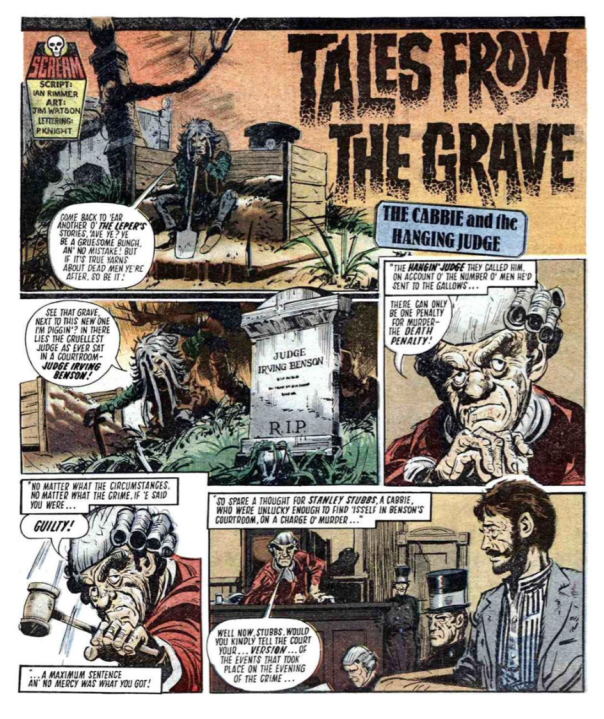 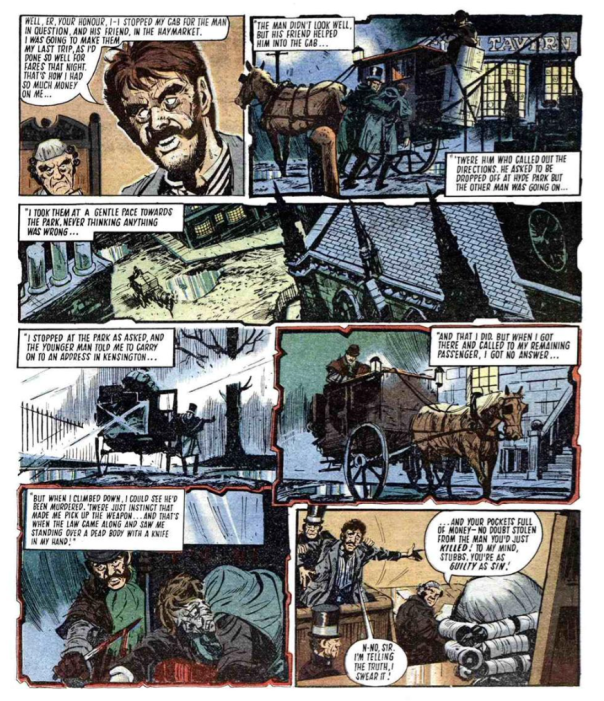 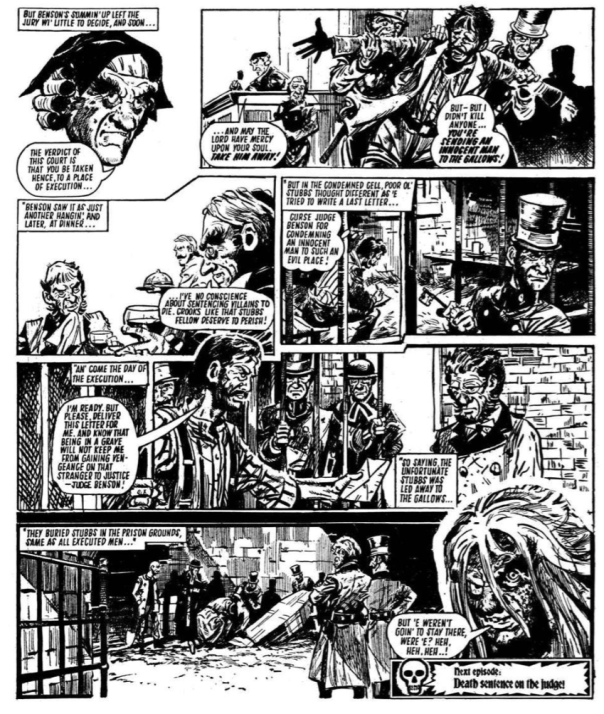 In “Monster”, the sight of those murdered corpses resurfacing in the garden cements Ken’s decision to go on the run with Uncle Terry, with no place to run to and Uncle Terry having only just stepped out of his attic prison. After a good start, disaster strikes when Uncle Terry looks set to kill for the third time. Meanwhile, the hunt for him and Ken has started because those two corpses have led the police to find out everything.

This week’s Ghastly Tale is about two Victorian scientists who discover a youth potion. One kills the other because he does not want to share the profits. Retribution comes when the potion backfires on him. It makes him way too young to use the antidote that would restore him.

Finally, we get to The Dracula File. The vampire escapes the M15 agents. His servants are arrested but the agents don’t realise what happened to them. They just think they are crazy or something. The vampire assumes the form of a wolf to intercept their vehicle and rescue them. Meanwhile, KGB agent Stakis has to go on the run from the KGB in order to get to Britain and stop the vampire because they won’t let him use official channels.