Christmas is coming, so we continue our tour of older titles with the June Christmas issue from 1973. This was the last Christmas issue June ever published. On 22 June 1974 she merged into Tammy. Several of the June artists would also join the Jinty team as regulars when it started in May 1974: Jim Baikie, Phil Gascoine and Phil Townsend. Carlos Freixas, Audrey Fawley and Robert MacGillivray, who were also regulars on the June team, would also feature on the Jinty team, but not as regulars. These artists were Jinty’s biggest legacy from June. Jinty would also inherit a number of reprints from June as well, such as Strange Stories repackaged as Gypsy Rose stories and Barracuda Bay.

June, who would go through a merger in six months’ time, is still going through her current merger with Pixie. Mini Ha-Ha, a cartoon about a Red Indian girl, is one that really carried over from Pixie, but would not join the Tammy & June merger. Bessie Bunter, who came from the School Friend merger, would continue in the merger with Tammy. So would The Strangest Stories Ever Told, though currently it is not running in June. 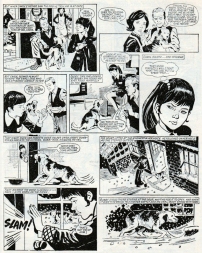 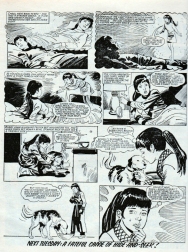 Also celebrating Christmas are Lucky’s Living Doll, two text stories and a quiz: Are You a Sparkler? The artist illustrating the quiz is the same artist who illustrated a number of Jinty’s quizzes.

Rather than give the usual potted summaries of the picture stories in the issue, I have chosen to feature panels from them. This is to give an indication what our Jinty artists got up to in June before they joined the Jinty team five months later, a month before June folded. 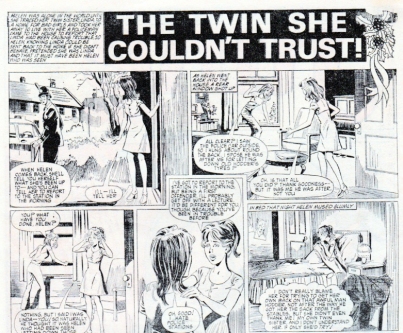 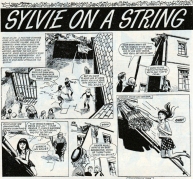